Highlights From The Ed Foundation Grants and Programs

The Ed. Foundation In Photos 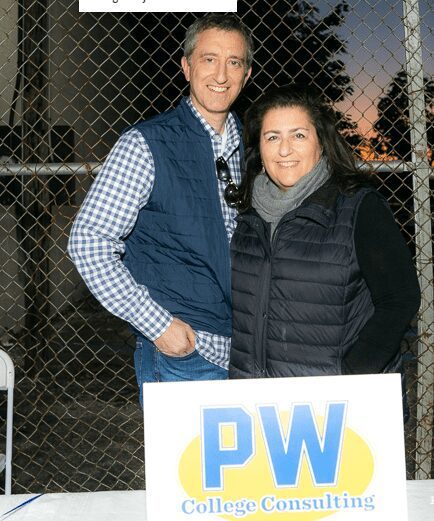 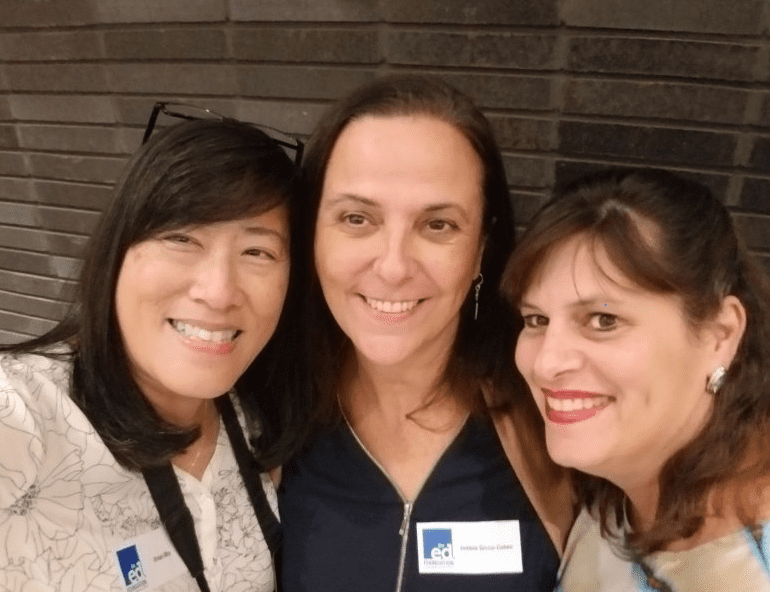 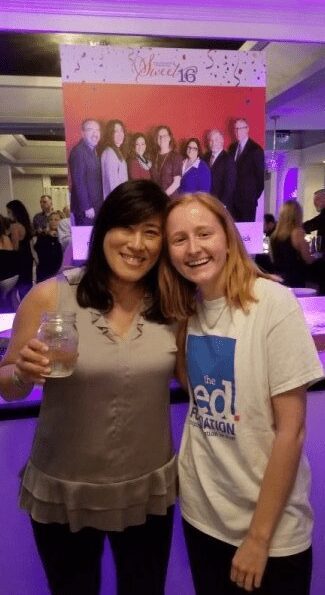 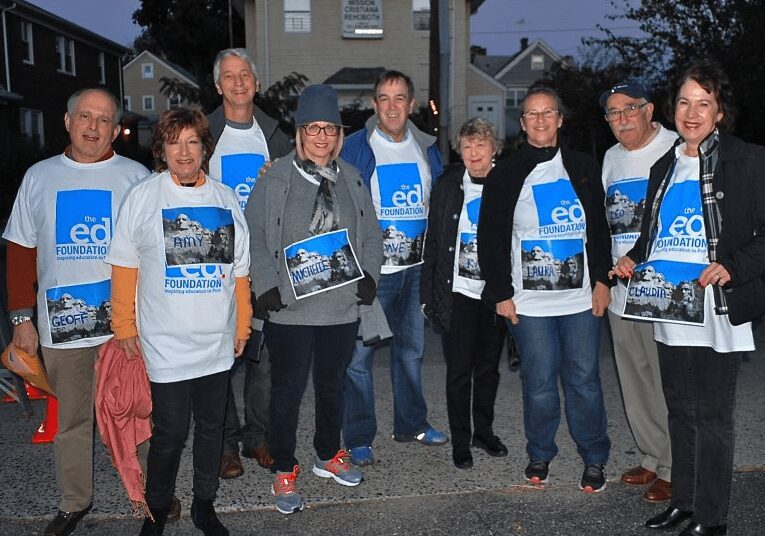 Stay up to date with the latest news and press about The Ed. Foundation.

THE ED. FOUNDATION FUNDS 49 GRANTS AND PROGRAMS TO PORT SCHOOLS FOR 2018-2019 SCHOOL YEAR

Superintendent Dr. Kathleen Mooney celebrates the district’s partnership with the Foundation, stating “Our students have derived much inspiration from The Ed. Foundation’s educational and innovative grant process. As we begin the 2018-2109 school year, we look forward to continuing our successful partnership and furthering the motivation, enrichment and creativity of all students.”

ENCOURAGES, EMPOWERS, AND ENGAGES
This year’s grant awards and programs total over $150,000 from The Ed. Foundation to the Port Washington schools.

With 10 grants awarded at Schreiber High School, Principal Ira Pernick is looking forward to the 2018-2019 school year. Pernick says, “T he Ed. Foundation continues to work with the Schreiber faculty to advance curriculum, create unique educational opportunities for students and address socio-economic barriers to technology. Their willingness to partner knows no bounds .”

With several grants supporting artistic endeavors and exploration, Director of Creative Arts and Port Washington resident, Kevin Scully applauds The Ed Foundation for “providing priceless experiences in the arts for our Port Washington students.” Scully is grateful for The Ed Foundation’s “professionalism, insightfulness, and great deal of care in supporting the teachers so they can provide the best possible education for the young people of Port Washington with grants for small-scale or large-scale endeavors.”

SUPPORTING THE COMMUNITY FOR MANY YEARS
The Ed. Foundation has been awarding grants to the Port Washington schools since 2002, funding innovative programs that support educational initiatives beyond basic educational requirements.

Director of Technology Ryan Meloni commends The Ed. Foundation, stating that “ The Ed Foundation is a sustaining partner of the Port Washington School District community. Whether it is supporting new ideas coming out of the classroom, or collaborative efforts of faculty and parents working together to provide amazing opportunities for the children of Port Washington School District, The Ed Foundation’s support and commitment make our dreams possible!.”

Sousa Principal Dr. David Meoli celebrates the 9 grants Sousa students will participate in, stating that “the entire Sousa staff is grateful to The Ed. Foundation for its many rich enhancements to our school over the years.” Meoli commends the continuation of Sousa’s successful mindfulness program, stating “we are particularly excited about continuing our third year of a social/emotional learning program called RULER which, thanks to the generous support of The Ed. Foundation, has really made our students, our staff, and our school a better place to learn and grow. We look forward to sharing the dynamics and mechanics of RULER with our parent population and with other schools within the Port Washington School District. Thank you Ed Foundation!”

PAYING FOR EXTRAS
The grant funding helps pay for programs and services that are beyond the scope of the school budget.

Daly Elementary School Principal Sheri Suzzan comments, “ We have come to rely on the generosity, support, and everlasting dedication to the school community that The Ed. Foundation provides. The Foundation’s tireless efforts allow us to expose creative programming and opportunities to ALL of our students. From learning how to ballroom dance, to arriving early in the morning to participate in a program that combines physical fitness with music, The Ed. Foundation makes coming to Daly School just a little bit more special each and every day .”

Principal Suzzan is especially excited about The Daly News grant. Electronically published three times a year, she states “it’s one of our favorite granted opportunities.”

The Ed. Foundation actively raises funds and awards grants to enhance and expand educational opportunities for all students in the Port Washington public schools. The Ed. Foundation also seeks donations, grants and government funding for selected programs and resources.

Principal Bonni Cohen is also excited for the many grants Manorhaven Elementary School teachers were awarded this year. Cohen states that “ The Ed Foundation has touched our students in every possible way. We are learning ballroom dancing, doing STEM projects, playing Chess, exercising before school, and gardening.” She sites Ed. Foundation support programs such as the Homework Cub and a thriving Mentor Program, recognizing that “we have dreams and The Ed. Foundations makes those dreams come true.”

A COMMUNITY THAT SUPPORTS EDUCATION
The Ed. Foundation is grateful to its supportive community. Through a successful membership program, generous sponsorships and community support, the Foundation had a successful year of fundraising and is thrilled to award the schools with so many exciting grants. Upcoming fundraising events include their hallmark event the

Progressive Dinner on October 26th and a cocktail party in the spring.

Please visit www.TheEdFoundation.org to become a member, sponsor a grant, or learn more about inspiring education in Port.

BY THE NUMBERS
49: Grants awarded to Port Washington schools for the 2018-2019 school year

The Ed. Foundation, a community-based organization that supports educational initiatives, announced Thursday that it will award 44 grants to the Port Washington School District.

Becky Schamis, the foundation’s vice president of marketing and communications, announced the grants in a news release.

“The Ed. Foundation continues to overwhelm our district with unparalleled generosity and an impressive array of grant awards,” said Kathleen Mooney, superintendent of the Port Washington School District. “These grants provide our teachers with unique ways to bring their creative ideas to life and inspire our students to explore new challenges and experiences beyond the classroom.”

This year, the Ed. Foundation’s grants total over $126,000 — the most it has ever awarded to the Port Washington School District since it began 14 years ago.

In the last 14 years, the foundation has awarded $1.1 million in grants.

Ten of the 44 grants were awarded to Paul D. Schreiber High School for, according to Principal Ira Pernick, “more ambitious programs starting this year.”

“The Ed. Foundation continues to be a catalyst for all students and an advocate for Port Washington schools,” Pernick said.

The contributions are for the support of ongoing programs, including the Ed. Foundation Support Center, the Digital Learning Center at Schreiber, a program that prepares students for college and the start of a Daly Elementary School weekly newspaper.

“Because of the generosity of the Ed. Foundation, the Creative Arts Department has been able to provide unique visual and performing arts experiences for our students,” Kevin Scully, the director of creative arts for the district, said in a news release. “The foundation is tremendously forward-thinking and works hand in hand with our department to support innovative projects and programs that enrich our students’ lives.”

Teachers in the Port Washington School District were awarded grants, too.

A teacher at Carrie Palmer Weber Middle School, Jeff Moss, was awarded the blues grant, which he has received for several years.

The grant is for eighth graders to experience the blues through poetry and, Schamis said, to fund a workshop with Toby Walker, an American folk artist.

Moss said over 4,000 students have participated in the program, and it is “one of the great unifiers of the entire Port Washington school population.”

Early Birds, a program that allows students to exercise before the school day starts, was funded by the Ed. Foundation, too. The program was part of the work for which the foundation received national recognition with the Let’s Move Active Schools Award.

“We have become the school we want to be with the support of the Ed. Foundation,” said Bonni Cohen, principal of the Manorhaven Elementary School.

According to the release, the Ed. Foundation is focused on helping schools start and run programs and other services that aren’t included in the yearly school budget.

The John J. Daly Elementary School principal, Sheri Suzzan, said she is thrilled about the foundation’s support of new and old initiatives.

In the elementary school, Schamis said, every fifth grader takes part in a program called Dancing Classrooms, which is designed to teach ballroom dancing and social skills to students.

Fourth graders, she added, participate in Bio Bus, a program that allows them to conduct scientific experiments.

On Nov. 4, the Ed. Foundation will host a dinner to raise money for future school programs, and it will host a spring party on April 21, as well as a family event in the winter, the release said.

“The Ed. Foundation is thrilled to partner with the school district in funding even more grants than ever before,” said Ed. Foundation President Paula Whitman. “As the Foundation grows, we are delighted to be able to enrich education on such a large scale, in every grade, in every school, in every subject. We are looking forward to another fabulous year”

“The Ed. Foundation continues to overwhelm our District with unparalleled generosity and an impressive array of grant awards. These grants provide our teachers with unique ways to bring their creative ideas to life and inspire our students to explore new challenges and experiences beyond the classroom.”

“I am thankful that we have a solid education foundation in place to offer supplemental funding to our school district in these tough economic times.”

“Each new school year leads to new opportunities at Schreiber High School to partner with The Ed. Foundation. With new and more ambitious programs every year, the Foundation continues to be a catalyst for all students and an advocate for Port Washington schools.”

Want to stay connected with The Ed. Foundation? We have several events throughout the school year to help you get involved.